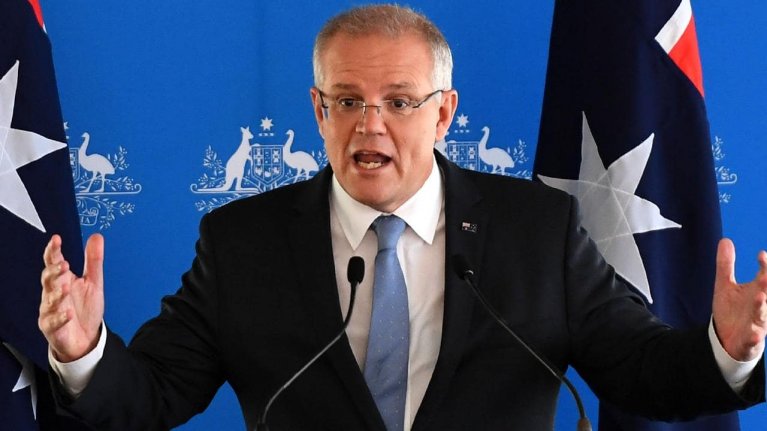 Over coming weeks, months and quite possibly years, there’ll be many case studies written and discussed around “Sco Mo’s Miracle victory” on Saturday 18th May, 2019.

For me – the beauty and the brilliance of the Coalition’s victory was not about one single secret weapon or about one big moment, it was down to a campaign underpinned by a commitment to the grind, the un-glamorous, the everyday, the detail – the 1 percenters.

Thanks to a myriad of articles and post election political insights, we’re now learning about Morrison’s approach in leading his team. A highly experienced campaigner that was adamantly focused on strategy, clear messaging and sheer belief in a single minded goal to seize victory despite seemingly overwhelming odds.

Whether you’re from a marketing, management, research or a communications role, there are some enduring fundamentals evident in the wash up. They are seemingly small insights that can so easily be forgotten or dismissed as unimportant when we’re dealing with the noise of competitive markets, budget constraints and a range of uncertainties and commercial pressures – when meshed together, they can be a mighty force to be reckoned with.

As a passionate marketer, Scott Morrison’s election campaign reminded me all over again about what it takes to be a good leader, and the insights needed to run great campaigns -

People first: Miracles don’t happen without good coffee – and the Morrison camp had that covered by persuading a local coffee shop near their campaign HQ to open up at 5.30 am in the quiet streets of Milton each morning – to help fuel their loyal 120 strong team for the long days ahead… Morrison also made a point of appointing his team to roles that they held for the duration of the campaign, and trusted them to do their job when the going got tough - they were clear on what was expected (a lot!) but they were trusted to do it without micro management or fear of being replaced.

Strategy rules: The coalition began their campaign as the underdog and survival meant listening intently to what the research was telling them…no-one in their team could afford to shy away from feedback, and insights had to be communicated at a rapid pace – so each day began with a team focused multidisciplinary review of market research from the night before –discussions about what messages were favorable to the campaign, and which ones weren’t… followed by planning around how these messages could be leveraged on social, digital, broadcast and print media.

The strategy was set, but the target audience were to be heard. The lesson? Listen to your audience, understand your competitor and refine the message. Follow that loop again and again and again until the job is done successfully.

Clarity of message: The message didn’t waver from day one and didn’t change based on what competitors were shouting – the script of clear messages stayed simple and consistent for a target audience that was bombarded by a range of complex messages from the Labor campaign. For me, as a high consumer of media across that period, I recall three key messages over that period: 1.We will provide a stable economy. 2.Beware Labor’s tax agenda 3. We value job security for the “Quiet Australian”.

A consistent message that reached and resonated with the majority. All 78 seats of them.

An unshakable vision: Improbable. Likely impossible. The underdog. Perhaps for me, that was the X factor in this story of glory. At the start of the campaign and right up until the very last day, Morrison’s campaign was written off as a lost cause by polls and the media. Despite it all - the loyal and focussed team Morrison were still hungry for victory, working as a united team - campaigning until the 11th hour, working for the second last vote and then the very last in Tasmania’s marginal seats. Just keep going, and as we give it everything…keep it humble.

In a campaign where so much could go wrong – it was an almost flawless execution that delivered an unbelievable result.

These are parallels that we can draw from a case that certainly will go down in modern Australian history as one of the greatest ever campaign victories that just didn’t happen by chance, and was undoubtedly strengthened by the seemingly insignificant investment in the 1 percenters.

Anne Baker is founder and Director of Two Crowns Marketing. A Melbourne based consultancy specializing in the property and professional services sector.